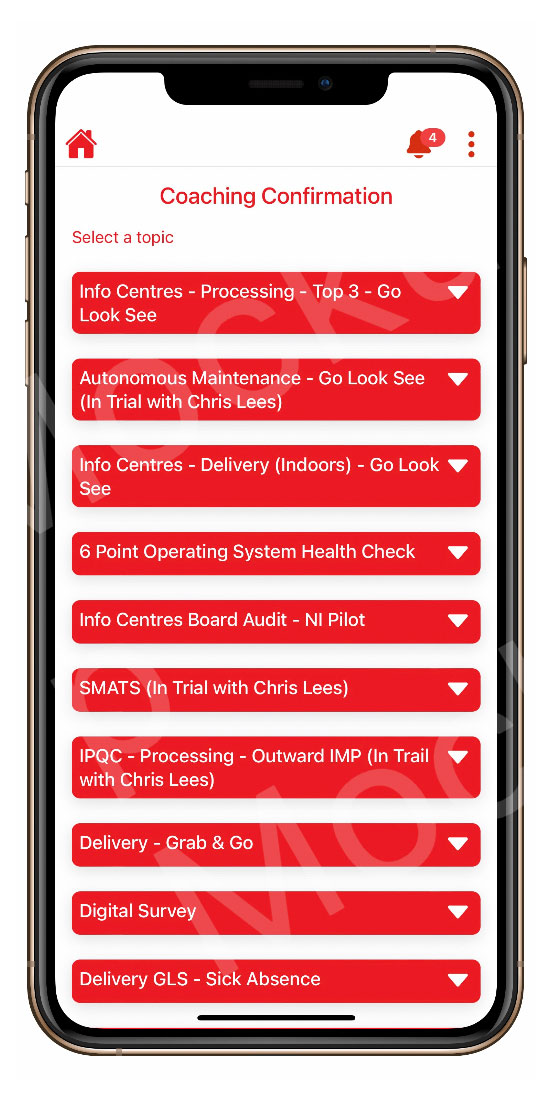 When I first saw the two circles describing the five guiding principles for leadership in Toyota I was somewhat non-plussed by the statements that I perceived to lack profundity or seemed to be calls to action as opposed to an alignment of leaders to company values.

The intent, as with most things mined from the Toyota Production System, requires a little more investigation before the impact is fully understood and appreciated.  Actually, as in my case, they have to be practised over time to understand how these five statements can underpin a Lean culture.

I vividly remember (for good and bad reasons) my first Go Look See exercise that my team and I performed on the production line.

Lets talk about what went wrong first.  Our operation had just embraced Lean and our team had spilled out of our recent kaizen training full of vim and vigour armed with MUDA, PDCA, Kanban, and several other Japanese terms.  I do remember a heated debate amongst the leadership about whether to call the shop-floor ‘The Gemba’ and if they would regard us all as more than just a little ridiculous considering we were in the north of England with no Japanese in sight. ’The Gemba’ had been perfectly happy with the term shop-floor since the 1930s but that discussion is for another blog.

Anyway, after some further debate we descended on our shop-floor / Gemba thingy, drew our circles with our chalk and stood there trying to spot waste with our stopwatches and kaizen sheets at the ready.  Well it wasn’t very long before our operators, who had no idea what was going on, decided they did not want to partake in this management experiment. It seems rather crass now that we failed to think about informing our production teams of the learning we as a management team were undergoing but there you are.  At my post, the operator under observation moved into a slow motion MC Hammer ‘Can’t Touch This’ groove with spanner in hand whilst two chalk circles further down the line I saw a machine operator giving a demonstration of preacher press-ups that would shame any athlete.  So that was the bad.  We learned pretty fast that this new fangled Lean thing was not a set of tools but scarily more like a cultural transformation that would have to involve people. Basics, I know.

As for what went right, well, that was simply a lesson learned in how to engage. It was only some years later that I truly understood my role as a leader in Lean and what the impact of Go Look See truly is.  In production I was passionate about my percentage of time on the shop-floor, being visible and interested in the problems that occurred on shift.  The simple act of going to see the problem at first hand with the individual built my understanding of the process and product exponentially, reinforcing how much my team knew in comparison.  It tested me too.  I may have mentioned I have a degree in French and History so how could I possibly help resolve technical issues?  Go Look See leads you into the other four guiding principles and that’s where the discomfort starts.  Go Look See is not hard to do as part of being a leader.  What you do as a consequence most certainly is.  The simple fact is it will make you a better leader as it strips you of any pretence when faced with the source of a problem and action is required.  When I look at the principles of respect the operator, teamwork, continuous improvement and challenge, I suddenly found these statements that I thought lacked substance were suddenly things that I could put into practice as I knife and forked my way through those first ventures into problem solving. The five guiding principles gave me some intellectual body armour  I like to think my team respected me for trying, I was certainly seen as the ‘approachable one’ or the ‘open minded youngster’ and I worked very hard to find resource to resolve the issues as quickly as possible.

I’ll talk about challenge and respect in a later blog, but for now, I urge you to take up the mantra: Go Look See with a purpose.  Walking around on a waste spotting exercise is OK and has its place, but try and make it meaningful by looking at a current problem.  Don’t try to impress with your problem solving capability but listen and coach.  It’s still scary but exhilarating at the same time and you never know what you will discover about yourself or the process.

by Mark Radley
Is Necessary Unnecessary?
The pen or the cursor – Info Centres
{{BCD.web.gnav.slide + 1}}